Our mission is to help Florida communities improve their economic health, bicycle infrastructure, and safety through bicycle tourism.

August 24, 2020 – What’s even better than a rocket launch on the Space Coast? Three of them scheduled in the SAME WEEK. With three launches on the manifest for this week it’s a great time to be here. 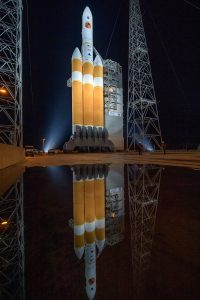 Feel free to share our EPIC Launch Viewing Maps to help people find the best place to watch the launch, and which direction to look for each launch!

Three launches in one week is unprecedented.

“When you know the level of effort and take the range, and turn it from one rocket to another in three days, it speaks to the capability of this team,” said Mark Bontrager, the Spaceport Operations vice president for Space Florida.

The post Launch From Here to the Third Power appeared first on Titusville Area Chamber of Commerce.

This site uses Akismet to reduce spam. Learn how your comment data is processed.

We use cookies to ensure that we give you the best experience on our website. If you continue to use this site we will assume that you are happy with it.Accept